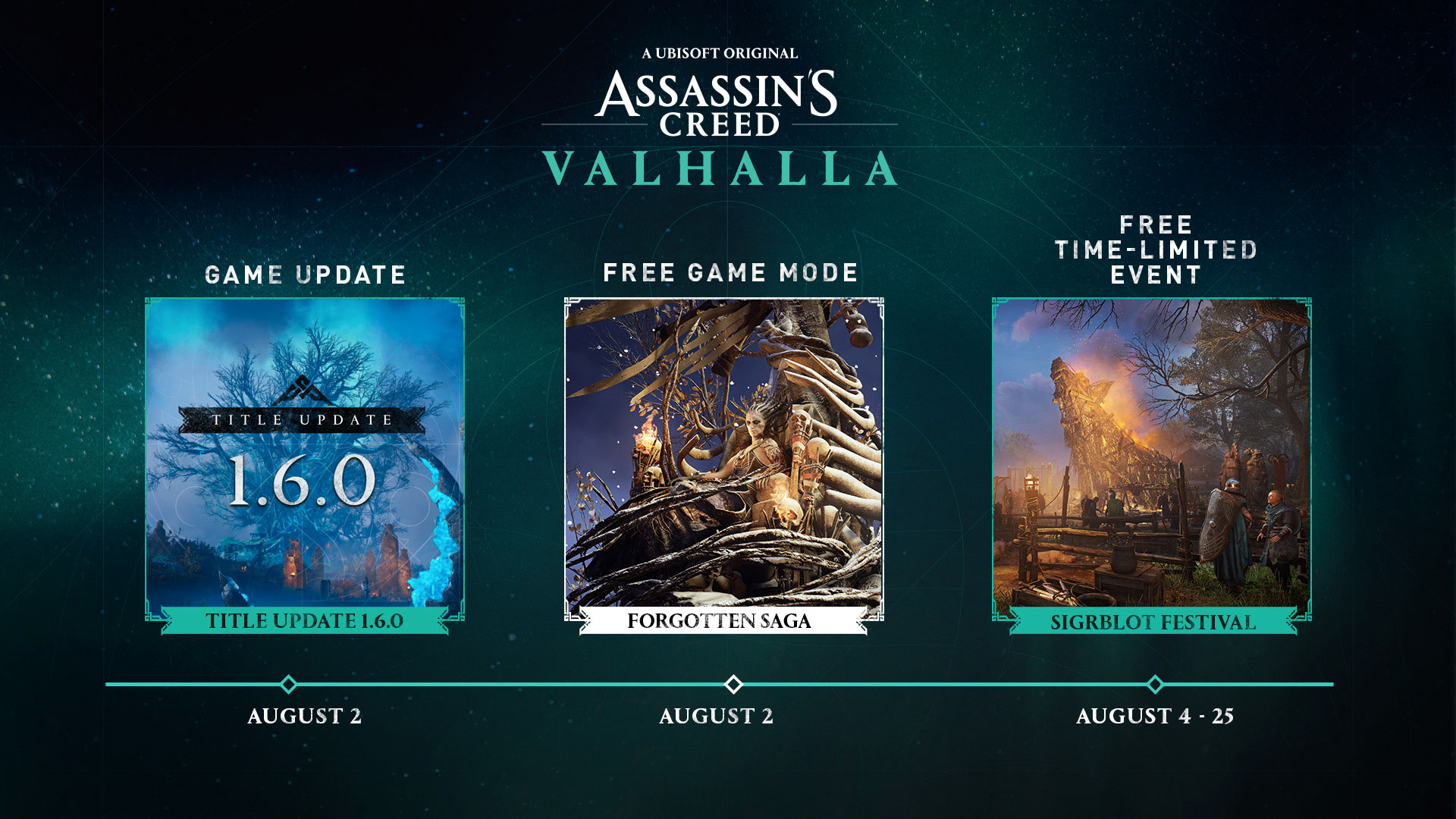 Tuesday we’ll be treated to even more content for Assassin’s Creed Valhalla in the form of a free update titled ‘Forgotten Saga’. This is a good thing. With Ubisoft abandoning titles left and right, at least they are consistently supporting the latest Assassin’s Creed game beyond token updates.

The problem is.. I just can’t bring myself to care. Just like I didn’t care about Dawn of Ragnarok. Let’s break down my reasoning here.

Both Dawn of Ragnarok and Forgotten Saga are separate games within the main game. Your progress in the main game has zero bearing on your experience in either DLC content. You’re not even playing as the regular main character in AC Valhalla; instead, you play as Odin.

Next, the gameplay is filled to the brim with mysticism. This is fine, but it’s once again not AC Valhalla. Sure, there’s some magical aspects to the AC series in general, but this is taking it to an extreme, where you are literally leaving the established game to romp in an entirely new game that may just as well be a total conversion mod, rather than an expansion of the main game.

Forgotten Saga then adds the Rogue-lite gameplay loop, which.. Ok, it’s good that Ubisoft is trying something different.

It just doesn’t really make sense to tack it on to AC Valhalla itself.

These become even more of a turn-off for me in that AC Valhalla is a HUGE game with a lot of things to do. Past DLC has added some decent content, and it all exists within the current game world.

This is like those obnoxious forced real-world bits where you had to run around the modern world for a bit just to pick up some extra lore and remind yourself that you’re just using crazy future tech to live the lives of the main characters.. Except now it’s more like Inception, where you’re dreaming within a dream.

So, having invested so much in the already expansive game world, I have zero interest to lose all of that just to jump into another game world.

Even then, I’ve put a LOT of hours in AC Valhalla.

I tried to load it up today and get re-familiarized with it, even play some of the Dawn of Ragnarok materials, and.. No. I just wasn’t interested.

While I did say that AC Valhalla is definitely worth playing in 2022, that doesn’t mean that you have to KEEP playing it.

I got my money’s worth. I’m done. I’m sure most of my readers are, too.