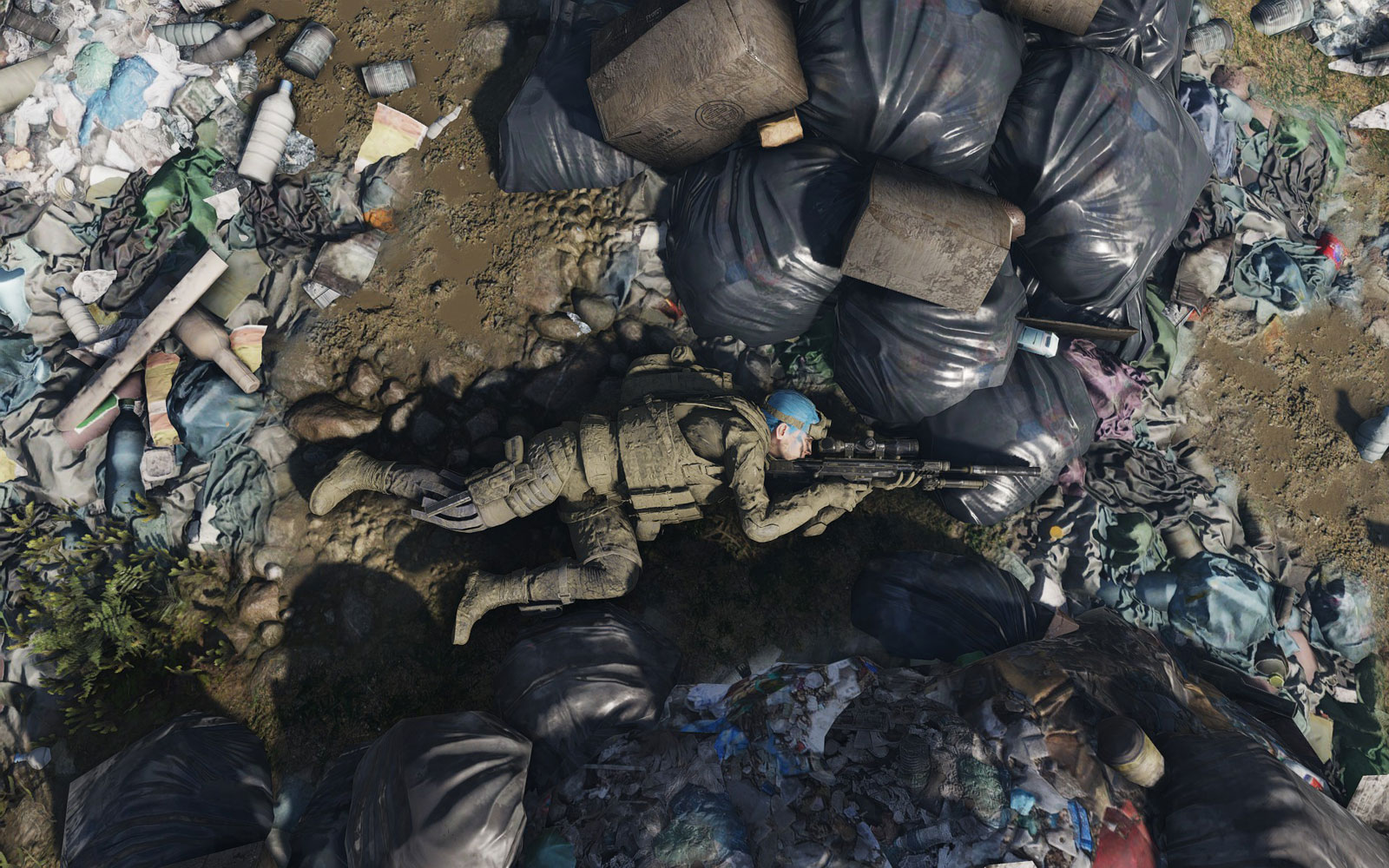 First off: If you haven’t looked at our previous guides covering ranging & bullet drop in Breakpoint and rifle damage & attachments, give those a read before you get into this; the information will be very useful when considering the classes & skills you go with.

You may think it obvious to choose the Sharpshooter class when playing a sniper in Breakpoint, but depending on your play styles, there are other options.

Choosing a class for a Breakpoint sniper

Your first decision when choosing a sharpshooter class is whether you’ll be playing with a higher-difficulty Ghost Experience that allows NPC markers or not. The sniper’s primary piece of kit is the sensor launcher; while it isn’t completely useless without NPC markers (it is great for tracking down strays to ensure it is safe to enter an engagement area), it is MUCH less effective. As well, the other benefits for a sniper aren’t quite as nice as others; Armor Buster is fantastic for taking down drones & heavies, but otherwise you just get the ability to hold your breath for longer (not exceptionally useful) and reload slightly faster (once again, not really all that useful).

That’s why, since I play without enemy NPC markers most of the time, I go with the Panther class.

The Panther class’ abilities are ALL useful to a sniper; Cloaking spray helps hide you from drones, Cloak & Run is perfect for escaping when you’ve been compromised, the boost to stealth is always nice for anybody in Breakpoint, and the fact that suppressors will no longer impact pistol & SMG damage means your backup weapon(s) are more useful. In fact, I run with a single rifle (typically the Recon A1) and pistol as my preferred Panther loadout.

The Echelon class isn’t a bad choice either; With a boost to stealth, enhanced pistol damage and the ability to snap to a target that is spotting you within 150m when holding your pistol means if you like to mix CQC and long range gameplay, it is a great option (and it’s got a fantastic piece of kit for disabling drones, although it doesn’t work as well with flying drones).

Really, you can use any class you like as a sniper. If you play with friends, a medic isn’t a bad choice for remote revival of your buddies. UPDATE: I’ve also put together a comparison between the Pathfinder & Sharpshooter classes in Breakpoint for sniper gameplay.

Best skills for snipers in Breakpoint

Skills are a whole ‘nother ball game, as they say. First, let’s outline a few of the more obvious skills of importance for a sniper.

Sensor Hack – Sensor hack is fantastic for helping you hide from drones and do an extra 10% damage; Any time I’m potentially staring a drone battle down, this is always in my skills list.

Slim Shadow – Boosting both stealth & agility is not bad at all for a sniper; I shouldn’t have to tell you why being able to hide and move a little faster is important here, but this is almost always critical when counter-sniping and you don’t know where the enemy is.

Pistolero – This one may not seem obvious, but if you are using a single-rifle difficulty setting, the extra damage and reload speed on your pistol will be a lifesaver. Not to mention that pistols are quieter close-up, so you should be relying on them anyway if you haven’t cleared a base but are currently infiltrating to clear out stragglers indoors.

Finally, be sure to unlock all the skills that don’t require a skill slot. Anything that allows you to use NVG or thermal optics, carry more equipment, etc are all going to be important.

What about the other skills that use a skill slot? Well, honestly, they aren’t all that useful to a sniper. If it’s not in the above list, put off grabbing it until you’ve got skill points to burn (I’ve gotten every skill in game and have 46 points unused, with more still available from various locations in game).


What skills should I equip for my sniper?

Now that we know what is useful, let’s talk about filling your skill slots.

I personally run Pistolero, Sensor Hack and Slim Shadow in most cases on my Panther sniper. If I’m doing an elite mission or fighting a drone, I swap out Slim Shadow for Rolling Thunder for the boost in damage.

If you want to utilize a high-range playthrough and not make use of your optics reticle (an option when using the TAC-50, HTI or M82 due to their high range), swap Pistolero for Ballistic Advantage. At this point you may also want to switch to the sharpshooter class, as you’ll be able to better make use of Armor Buster (which also significantly boosts range when used).

If you’re using a DMR as your primary weapon (such as the Scorpio Scout, which is a fantastic DMR that gives every Sniper a run for their money), don’t bother with Rolling Thunder, since it won’t affect DMRs. I’d run the following: Sensor Hack, Slim Shadow and Ballistic Advantage (with B.A. being absolutely CRITICAL when running a DMR loadout).

That’s the entire guide, Ghosts! I hope this has proven useful to you.

If you’re looking for more, check out our immersive sniper guide in Breakpoint!