The biggest failure for snipers in Ghost Recon Breakpoint 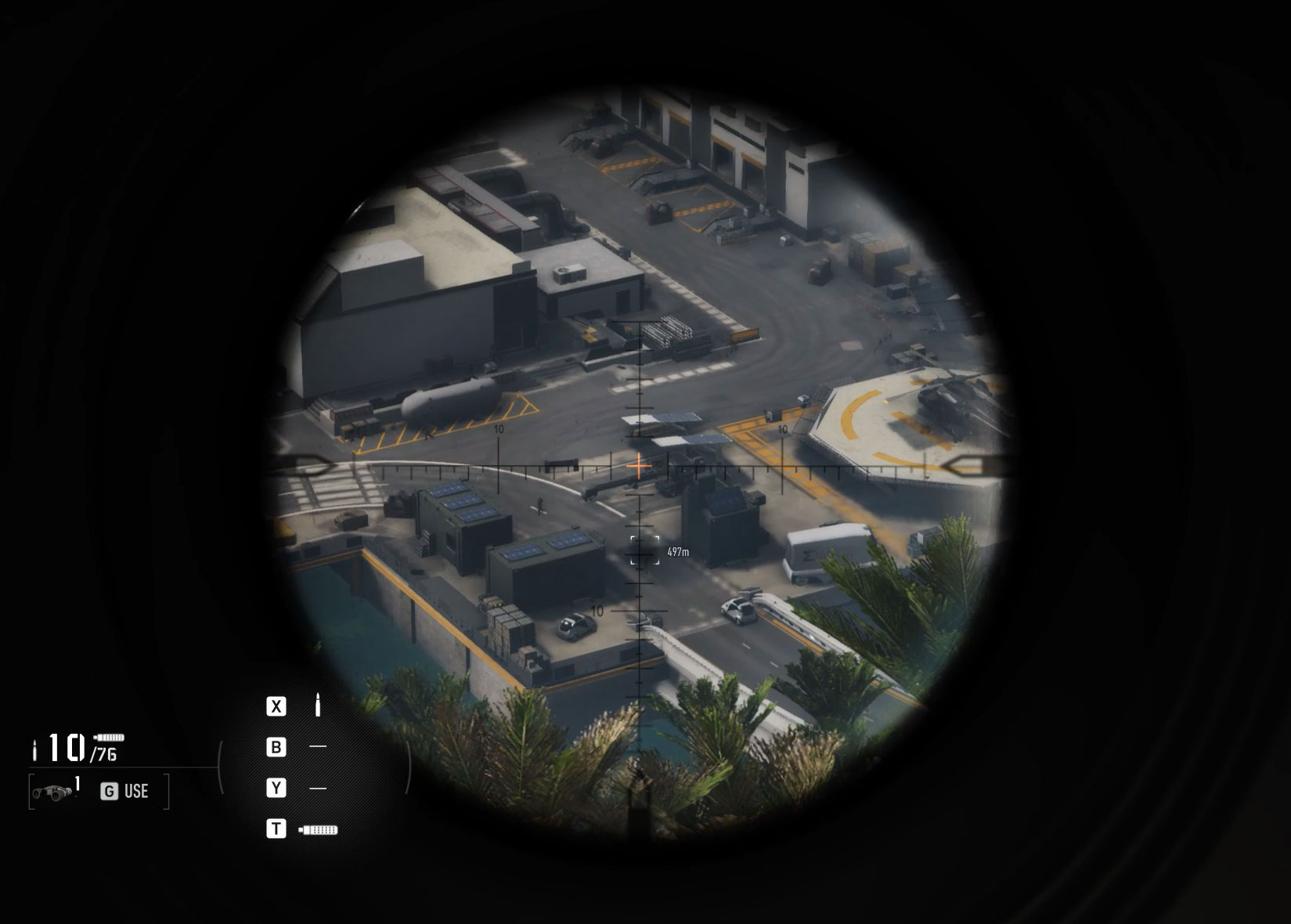 Ghost Recon Breakpoint has a lot of issues. Bugs still run rampant almost a year after release. For the most part, weapon stats are wrong. AI is fairly weak in some situations. Even the story is a bit iffy at times. None of these, in my opinion, are as bad as this for fans of sniper-style gameplay:

The developers were lazy when implementing optics.

The marks on reticles are almost entirely useless except for a select few instances. It was like this in Ghost Recon Wildlands, too. Each is just there for flavor, rather than actual usefulness.

I am currently working on content for a series where I treat Ghost Recon Breakpoint like a Splinter Cell game; since it seems unlikely that we’ll see a new Splinter Cell release any time soon, I decided to go ahead and max out the Echelon class, garb myself in Splinter Cell regalia, and play as if I were Mr. Sam Fisher (well, Mrs. Samantha Fisher, given I’m playing a female Ghost currently) on Auroa.

This included attempting to play by just using the Splinter Cell DLC weapons.

I reviewed the Paladin 9 Sniper Rifle on my own personal YouTube channel previously, and found it severely lacking. Still, I figure.. Why not give it a shot.

I took it out to my ranging location (see my rifle ranging guide for Breakpoint) and proceeded to make note of the hit locations on the reticle.. And was just reminded of how annoying it is to have a reticle that’s practically useless. The Paladin 9 has it’s own dedicated optic. Why couldn’t they make it actually useful in regards to bullet drop? Hell, without Ballistic Advantage, you can’t even properly estimate where you’ll hit past 500m (which lines up at the very bottom of the last mark on the optic).

Why couldn’t they make ALL of the optics useful in regards to bullet drop? If you go to the trouble of having a bullet drop mechanic, why not give us the option to actually use the reticles to determine where our shot will land at longer ranges?

I’m switching back to my Recon A1 with the TARS101, because if I’m going to play a character who’s supposedly an expert sharpshooter, I expect to be able to easily hit targets beyond 150m.